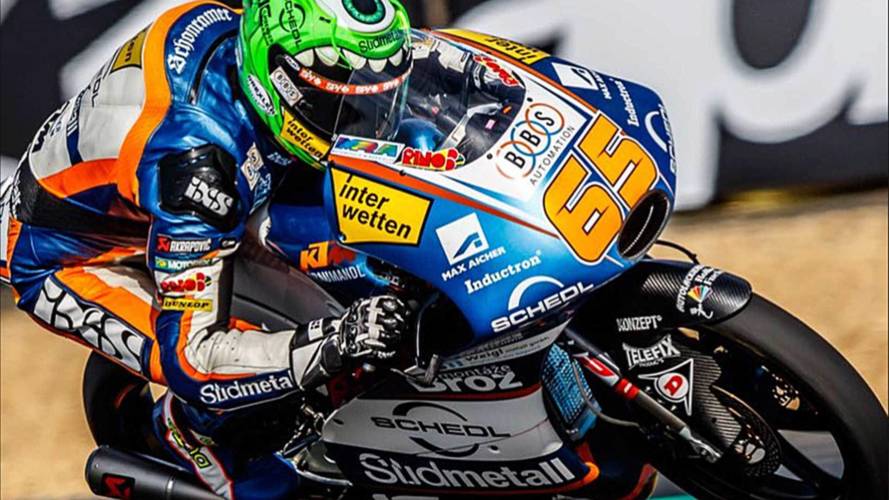 New Monsters Inc.-themed helmet featuring Billy Crystal's Mike Wazowski drops and, well, you see what we did there

HJC has a reputation for cranking out lids with some pretty impressive licensed graphics. In the past few years they've sold everything from Star Wars-related helmets to products featuring Marvel superheroes. The company's latest foray into media-themed lids comes courtesy of animation powerhouse Disney-Pixar and is, well, a sight to see. So what's the deal? Here's HJC to tell you all about it in its own words.

Mike Wazowski, the one-eyed monster, and scare-team expert, from Disney•Pixar's Monster's Inc., is definitely an unexpected character choice for a motorcycle helmet graphic. However, this wild and bright, one-eyed graphic stands out like no other on the track or the street.

We feel like this color would go great with a new Ninja 400.

Following the RPHA 11 Lightning McQueen and Jackson Storm helmets, the RPHA 11 Mike Wazowski is the third graphic from HJC’s Pixar-licensed helmet collection, adding unique entertainment to shelves at motorcycle dealers around the world.

This new graphic is featured on the RPHA 11 model, HJC’s premium sport helmet. The RPHA 11 is constructed of PIM+ materials for an ultra-lightweight shell with superior shock-resistance. Each helmet in the RPHA 11 series comes equipped with an extra smoke shield, Pinlock insert, chin curtain and breath box, as well as 5-year warranty.

Keep an eye out to see which FIM Moto2 & Moto3 riders will debut the RPHA 11 Mike Wazowski at the HJC Helmets Grand Prix de France, May 20th, 2018. 2017 MotoAmerica Champion, Toni Elias, will also sport the Wazowski graphic at Laguna Seca on June 23rd, 2018

WE CARE: Five Safest Helmets for Under $200

THE EYE SEES ALL

The mean, green, Mike Wazowski lid comes in sizes ranging from XS-XXL, and is both DOT and ECE certified. If you want to wear a monster on your head, this helmet will set you back a cool $599.99 (€599.90).