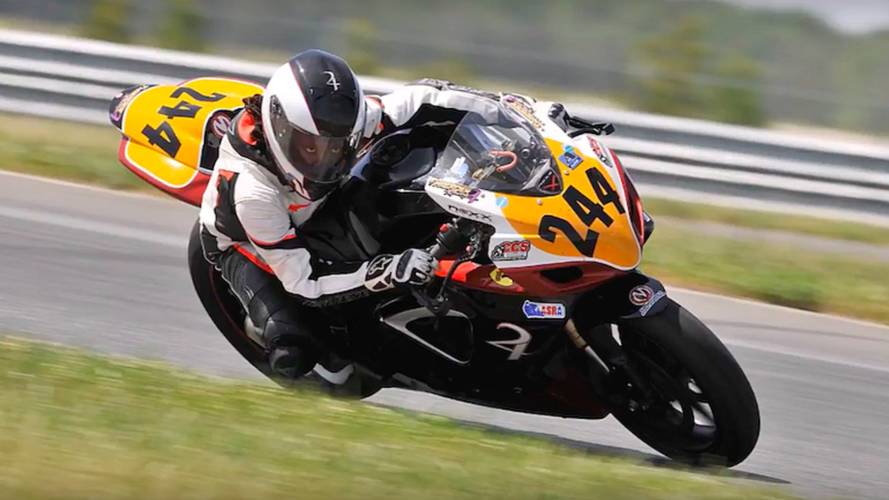 In August 2017 Joi “SJ” Harris lost her life while filming Deadpool 2, nine months later and her memory is being honored with the film dedicated to Harris

New Deadpool honors the memory of Joi “SJ” Harris, a stuntwoman and road racer who tragically lost her life during filming

Back in August of 2017 we told you about how Joi “SJ” Harris died while filming a stunt in the Deadpool sequel. Harris’ untimely death was followed by a massive outpouring of support from both the film and motorcycling industries, with everyone from Harris’ manager to Director David Leitch to Ryan Reynolds releasing written statements about the tragedy. Fast forward nine months to May of 2018 and upon Deadpool 2’s release, the blockbuster film has officially been dedicated to Harris.

A report from WorkSafe BC (British Colombia’s equivalent to the US’s OSHA) investigated the crash and reported the following: “The worker (Harris) had been rehearsing a stunt scene that involved driving a motorcycle, Dictate (I think they meant Ducati) 939 Hyperstrada, out of the open doors of a building, across a concrete pad and down a ramp that had been built over three stairs and coming to a stop on the stair landing. During the first shooting of the scene the stunt driver continued driving beyond the planned stopping spot on the stairway landing, and continued to drive down a second ramp built over the bottom stairs and across the roadway. The motorcycle struck the concrete sidewalk curb, the worker was thrown off the motorcycle and propelled through a plate glass window of a building.”

Post-credit sequences have become increasingly popular as of late, especially in superhero movies. For this reason audiences now routinely sit through movies’ credit sequences, which is seemingly why the makers of Deadpool 2 opted to insert a dedication in the credits to the late rider which reads: “In memory of Sequana Harris.”

The Brooklyn, New York native didn’t get into riding until 2009, but only four years after first learning to ride, Harris competed in her first race season in 2014. Harris’ first trip to the track (New Jersey Motorsports Park) was simply to improve her street riding skills, but it wasn’t long before she got the bug. Harris started Threader Racing, an effort funded by her day job as a medical professional. Prior to her death, Harris was running a 2007 Suzuki GSX-R600, partially thanks to some help from sponsors like Nexx Helmets, ArmourBodies Race Plastics, and Vortex Racing.

“Don’t let it intimidate you,” Harris said of racing. “We tend to overthink things too much. Try it! Just do it!”

Harris was passionate about promoting riding and racing to woman of color, who are one of the most under represented demographics in all of motorsports. During a January 2015 interview in Black Girls Ride Magazine, Harris stated: "I am everything people never saw in this sport. Sisters on the track are few and far between. I want to show them that there's more for them to be exposed to. I want to get kids interested through experience."

After Harris’ passing, her longtime friend and manager spoke with People about her late friend, saying, “SJ’s a remarkable woman, it’s hard to talk about her in the past tense. She just was fearless, and whatever she put her mind to she was going to achieve it. She loved motorcycles, she loved racing and she loved making an impact in the sport.”

With Deadpool 2 already having earned over $300M at the box office in its opening weekend—beating out Avengers: Infinity War—the dedication to Harris will be seen by literally millions of people across the planet.