Mega Hub is the Shed-Built Electric Unicycle We Need 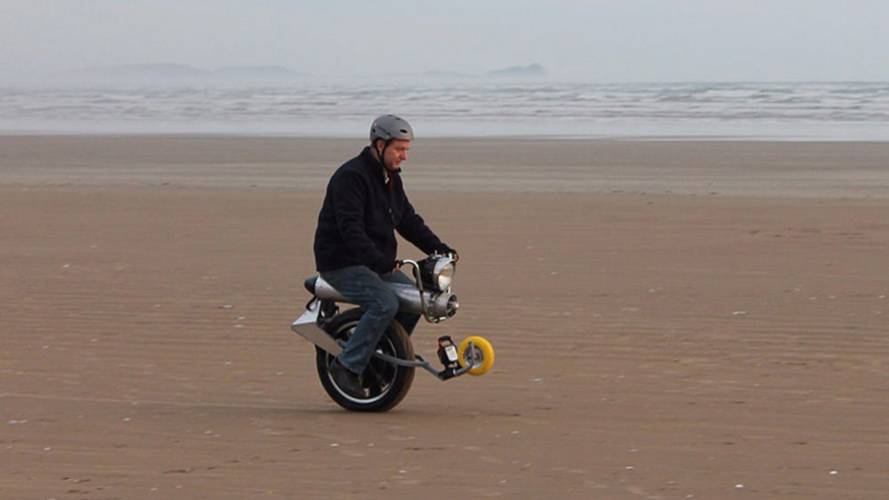 A 3,000 watt, self-balancing electric unicycle hand-built from scrounged parts by an Englishman in his shed? What could go wrong?

A 3,000 watt, self-balancing electric unicycle hand-built from scrounged parts by an Englishman in his shed? What could go wrong?

John Dingley is an Englishman of singular vision. For years, the consultant-inventor has been tinkering away with quirky electric vehicles like his Lunar Rover, the Electric Luge, and a self-balancing skateboard. His most recent invention—and the culmination of years of research and late-night shed tinkering—is a powerful, unique-looking creation called the Mega Hub.

The Mega Hub in action.

I SING: Ryno is the Sci-Fi Monobike We Didn't Know We Wanted

Mega Hub is an electric-powered unicycle similar to the Ryno, but weirder in every way. To build the contraption, Dingley started with a Chinese-made 17-inch motorcycle wheel with an integral electric motor. The motor itself is a bonkers 3,000 Watt brushless affair attached by a Kelly motor controller that's typically used on boats. He went with the Kelly to give Mega Hub a reverse mode, since apparently the majority of motor controllers only go forward. The battery pack consists of 20 LiFePO4 power cells, and the entire thing is kept upright by a self-balancing system packed into an old Ural headlight powered by Arduino brains.

The machine's body consists of a long, narrow aluminum tube balanced precariously on a hand-built frame/swingarm combination. The handlebars look like something off an old Raleigh Chopper, and the whole thing has an extremely charming, if perhaps a little amateurish, build quality to it.

Dingley, who goes by XenonJohn on the internets, is a pretty prolific YouTuber and produced a series of videos documenting the build and explaining its performance and handling. Including one we're sure you're interested in—how does it steer?

All of the sensitive self-balancing systems are stuffed into this old Ural headlight bucket.

"The steering system is similar to the one in my previous machine," revealed Dingley. "It looks as if you are shifting your weight left and right by turning the handlebars but actually this is not true. You are the heaviest part of the machine and so when you turn the handlebars, the wheel leans over onto one edge of the tire, because the hinge joint at the back between upper and lower parts of the frame is not vertical but angled, and you stay more or less where you were before. The tire contact patch is now curved and so will start you turning to one side."

We've included one of Dingley's latest videos here, but you absolutely need to check out the rest of them. The build is super clever, and seriously, it needs to be seen to be believed.