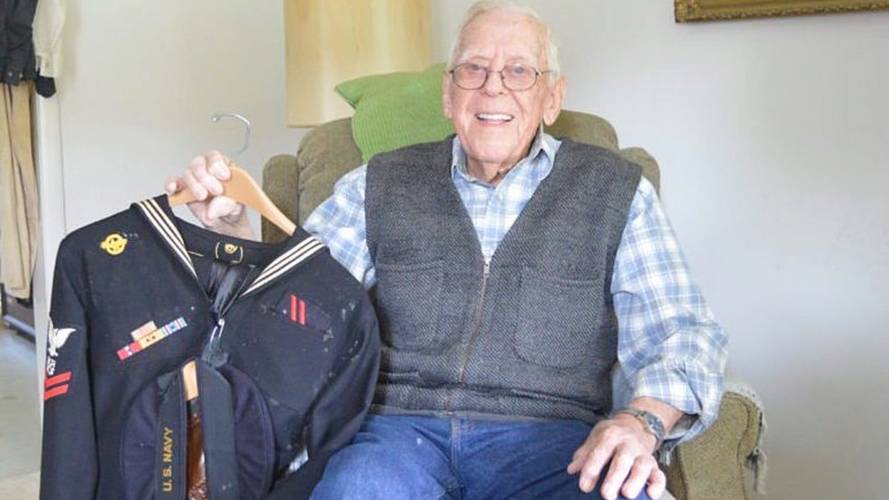 From a 1919 Harley-Davidson basket case to a pair of modern BMW’s, Elmer Carson hasn’t just experienced the evolution of motorcycles, he’s lived it

A lot has changed in the last century, but one man’s love for riding has not

Elmer Carson was only ten-years-old when he got his first motorcycle, a basket case 1919 Harley-Davidson. This was the first step in what became Carson’s lifelong passion for two-wheelers—a love that persists to this day despite the rider recently turning 100.

Born on May 27, 1918 in Norwich, Pensilvania, to immigrant parents form Sweden, Carson developed an early interest in motorcycles. To get his first bike, he traded two bicycles which he cobbled together out of spare parts found at the local dump. His second mount came into his possession via an equally unconventional deal, this time agreeing to clean out the basement of a bar over the course of a couple weeks in exchange for a beat up 1917 Indian.

Despite Carson not even being 12 at this point, he nonetheless knew a local mechanic with a garage space who agreed to help him out and educate him on the parts and wrenching his new Indian would require if he wanted to get it running. After learning about basic mechanics and partially restoring the Indian, Carson took the machine on his first test ride. Unfortunately it didn’t go quite as planned.

“We brought the bike to the back of the garage,” Carlson recalls. “I was going run alongside it, and when it started, I was going to jump on it. Well it started…The cables on the throttle were all messed up so you couldn’t tell how much gas you had. It must have been wide open because it took me right off my feet, right across Hopkins Avenue and down the bank right into the river.”

In his teens, Carson worked a job at a manufacturing company—loading boxcars and building shipping crates and pallets. He was promoted to foreman and given the responsibility for maintaining the outfit’s engines and machinery. This all changed when WW2 broke out. Fearing he would be drafted, Carson preemptively joined up with the Navy. He reasoned that if he had to go to war, he’d prefer having some say in what position or branch he served with.

Carson’s mechanical knowledge landed him a job as boatswain’s mate on the ship USS Acubens—a converted civilian vessel—where he directly oversaw personnel responsible for the ship’s maintenance and equipment. He earned the rank of boatswain’s mate second class during the war, but seemingly had no interest in staying on the Acubens after the Axis powers fell. After all, there were far more motorcycles on land.

“I could have been first class if I would have stayed on the boat after the war, but why would I have wanted to do that?” explains Carson.

Following an honorable discharge Carson returned home where he resumed his job at the manufacturing company. This is where he spent the next decade or so, prior to renting a work space which he used to wrench on cars and bikes, and do a little painting. Around this same time Carson met Freda Anderson—the woman who would later become Carson’s wife and the mother of his two kids. After having children, Carson could no longer make ends meet by wrenching on engines in his little shop, so he packed it up and took another, better paying position at a manufacturing plant.

In 1960 Carson had had enough grinding away at the plant, and decided to again pursue his passion; motorcycles. This time, the Navy vet oped to start his own dealership, Carson’s Cycle Sales—an operation that sold BMWs during the riding season and Arctic Cat snowmobiles in the cold months. Between his mechanical knowledge, passion for bikes, and the country’s (then) booming economy, Carson’s dealership became increasingly successful. He sold the business and retired in 1980.

Since retiring, Carson’s managed to remain healthy by leading an active lifestyle—one which includes regularly riding motorcycles. Unsurprisingly, the guy who owned a BMW dealership for 20 years has a knack for BMW motorcycles. Carson currently owns a pair of unspecified, modern BMW bikes—machines that he doesn’t let his old age get in the way of his riding.

“It doesn’t bother me one way or another,” he said. “It’s just a number It’s just how you feel. It’s in your genes, I guess,” says Carson.