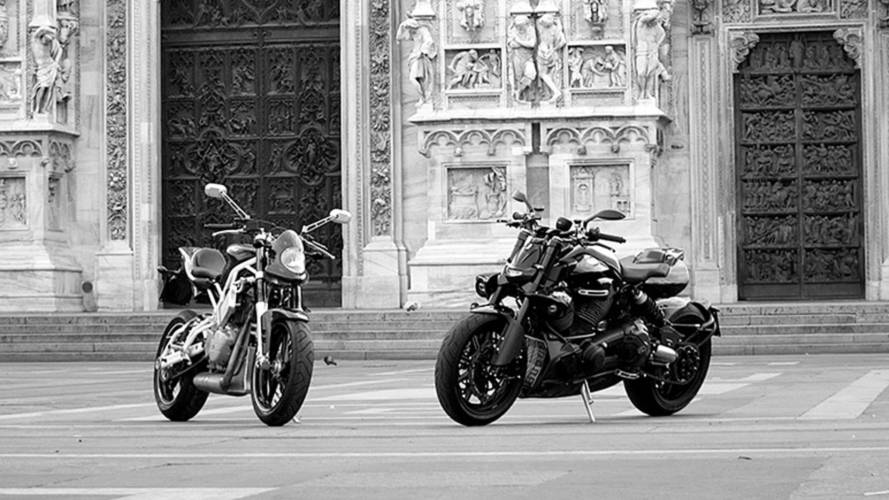 Back in 2011 Keanu Reeves and Gard Hollinger started the Arch Motorcycle Company, a boutique outfit producing ultra high-end, S and S V-Twin-powered “performance cruisers”. The American moto startup only offers a few models, and while the standard hardware on the bikes consists of top-shelf components, and a more-than-generous amount of trick materials are used, the company also leaves a lot of room for owner customization, ensuring no two bikes are exactly the same. However there’s another boutique manufacturer with an extremely similar product, only said manufacturer is Italian, and has existed since the early ‘90s.

Started in 1992 by a trio of motorcycle enthusiasts—Giorgio Sarti, Giovanni Cabassi, and Roberto Pattoni—CR & S builds high end bikes produced via techniques that are reminiscent of the small-batch, Italian mechanical traditions of yesteryear. Sarti and Cabassi are both wealthy businessmen, while Pattoni maintains the motorcycle shop originally started by his father, the legendary Giuseppe Pattoni. With the financial capital of Sarti and Cabassi, the three were able to get the company off the ground and release its first model in 2004; the VUN.

The VUN is an exotic, carbon fiber-clad, full-sized naked, powered by a Rotax-made, 650cc single. Produced in limited numbers, CR & S was able to find a market for its inaugural offering, motivating the company to start work on its next model; an even more exotic and extreme two-wheeler dubbed the DUU—a model that genuinely looks like a slightly dated Arch model.

The DUU is a high-performance cruiser, boasting an S and S X Wedge 117-cubic inch (1,917cc), 56 degree V-Twin that makes around 100 horsepower at 5,100rpm and 116.5 pound-feet of torque at 4,300rpm, stuffed into a small stainless steel tubular super sport frame. The DUU boasts a myriad of trick hardware such as a Baker gearbox, Brembo brakes, top-shelf Ohlins suspension, various billet pieces, and a whole lot more. When CycleWorld got the chance to test ride the DUU back in 2014, they reported the Italian power cruiser makes an absurd amount of torque starting from as low as the 500rpm mark.

Like Arch, handmade parts, and an acute attention to detail are of monumental importance to CR & S, and it shows. While the marque isn’t known very well outside of elite European motorcycling circles, its low profile is by no means a reflection of the quality of CR & S’ offerings. As one might guess, CR & S’ machines are wildly expensive, with the DUU carrying an MSRP of more than $50,000, before add-ons and accessories.

it is fascinating to look at the differences between CR & S and Arch—differences that largely boil down to one company primarily aimed at serving the European market while the other (Arch) is more focused on an American customer base. The different aesthetics of the machines also appear to a result of an effort to appeal to a particular region. Despite their differences, the KRGT-1 and the DUU boast surprisingly similar specs in many areas such as weight, running hardware, the whole trick S and S mill, etc.

Like MV Agusta, CR & S offers various special edition versions of its models such as the DUU Britten tribute

With Arch expanding its lineup to include additional models, it’s abundantly clear that there is a market for these so-called “performance cruisers”, suggesting that CR & S very well may pull the cover off its third model in the very near future.