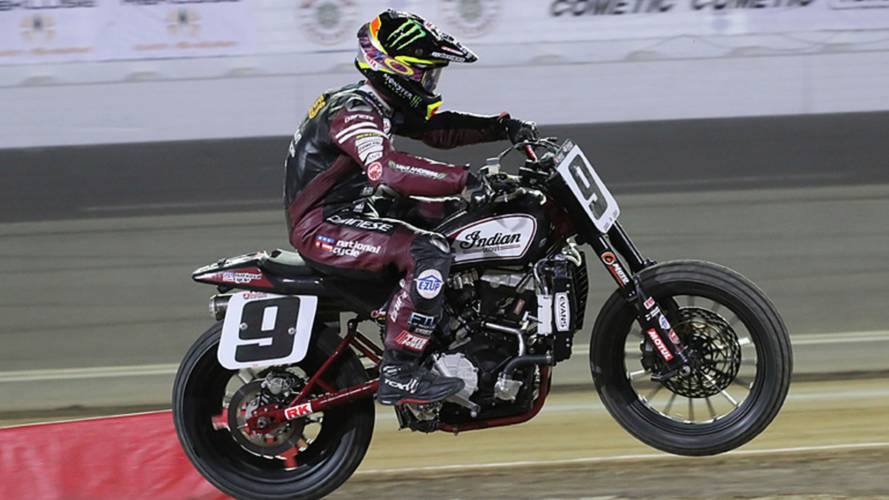 Indian Wrecking Crew rider Jared Mees was disqualified and probated for 12 months after getting caught altering the composition of his tires with chemicals.

When you hear about doping, you normally think of high-level athletes injecting their bodies with performance-enhancing drugs. Have you ever heard of a motorcycle tire on steroids? Neither have I, but tire doping is apparently a thing. Doping is forbidden on both on the tarmac and on the flat track for the same kinds of reasons that human or horse doping is banned—it's cheating. Unfortunately, one famous flat tracker is owning up to not one, but two offenses.

Flat track star racer Jared Mees—of Indian Wrecking Crew fame—has been having a stellar 2018 season with 17 podiums, ten of which he took the highest step. When looking at the standings however, you would think that you are looking at a racer having a decent, but definitely not stellar season: Mees’ name takes the fourth spot.

Thing is, despite physically winning the Dixie Speedway event on April 8th, he has been disqualified and has lost 12 points in the process. Post-race analysis showed he won that race on doped tires.

Apparently this isn’t the first time the racer has been accused of doping, either. A similar incident was reported in 2015, however, the officials didn’t pursue the matter, taking part of the blame for allowing Mees’ competition tires to be kept out of sight. This time around, Mees has not only lost his lead but is on probation for 12 months.

All bikes in the American Motorcycle Association (AMA) American Flat Track (AFT) series are fitted with the same Dunlop DT3, 19-inch tire. This type of tire is specific to flat track racing as it provides optimized grip and helps keep lower and safer speeds in the dirt.

Crafty racers have, however, found ways to enhance their tires performance. One way to do it has been to bathe the tire in chemicals to slightly alter the compound and soften the rubber, which in turn provides additional grip. Clever, but illegal as the series forbids these chemical alterations.

The AMA officials don’t kid with doping: the top five finishers can have their tires tested at all time and the extent of the tests will vary from on-the-field measurements to full lab works. Out of the four tires tested after the April 8th race, the shaving from Mees tire was the only one that came back positive for chemicals.