The Autonomous Bike is a Thing and It Could Save Lives 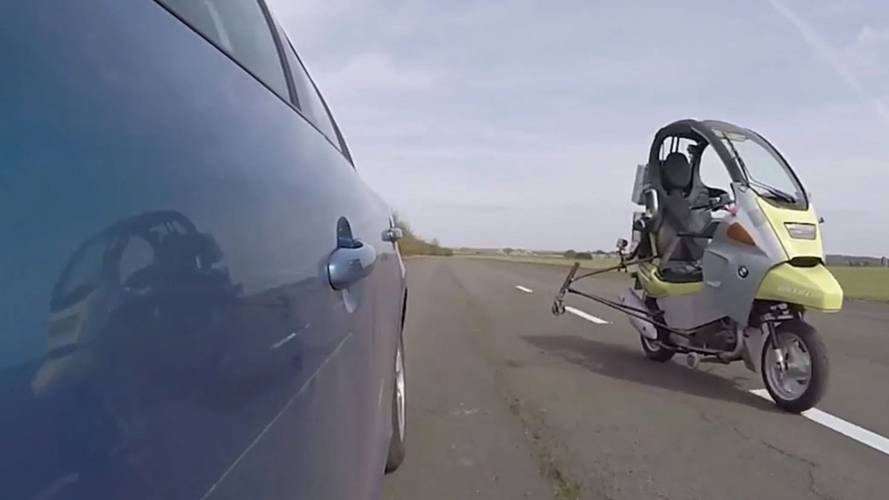 Testing self-driving cars and their interactions with motorcycles is a challenge, however thanks to a riderless bike, autonomous tech will be safer.

The Autonomous Motorbike is a Thing and It Could Save Lives

No, this motorcycle isn't trying to steal your role as a rider, but it might help make the streets safer

Driverless cars have been the latest automotive technology fad with a number of manufacturers testing the concept and even giving their models on the market semi-autonomous features. There are still quite a few challenges to face before self-driving cars become mainstream. One of those challenges is motorcycles and testing ain’t easy, not without putting someone at risk. Thanks to some technological wizardry, no rider will be hurt in autonomous car testing.

You probably feel invisible to the other commuters while riding. I know I do. It’s not a collective disillusion, we really are; even self-driving tech—computers—struggle to properly assess motorcycles and how to interact with them. The struggle is real. But how do you put a technology to the test without also putting someone at risk? A B Dynamics has come up with an obvious but clever answer to the conundrum: a riderless bike.

Because autonomous cars learn from real-life testing, and because there is also a risk of something going wrong, testing their interactions with motorcycles has been problematic. Who here wants to get knocked over for science? I’ll ignore the daredevils who raised their hands.

Until now, “controlled soft targets” were being used as make do motorcycles, however, they were slow and lacked the actual agility of a motorcycle to properly challenge the autonomous systems.

But not all heroes wear capes: BMW C1 to the rescue! The motorcycle uses A B Dynamics’ RC software to maneuver and follow test cars, without the intervention of a rider. The model was an easy pick thanks to its clutchless powertrain and convenient roof that can be used to mount sensors.

The C1 is only the beginning and according to Dr. Richard Simpson, senior systems engineer at A B Dynamics, more powerful machines will eventually be developed to push the tests even further. He also believes that autonomous motorcycles will be useful for other applications, such as durability tests.

If you were hoping to kick back and relax while enjoying the thrill of the ride, you’ll have to wait and keep doing all the dirty work that comes with riding: the autonomous bike isn’t ready to fill in. But thanks to technology, the chances of a carefree driver running you over will eventually decrease.