Harley Gets Slicked and Stylish with American Crew 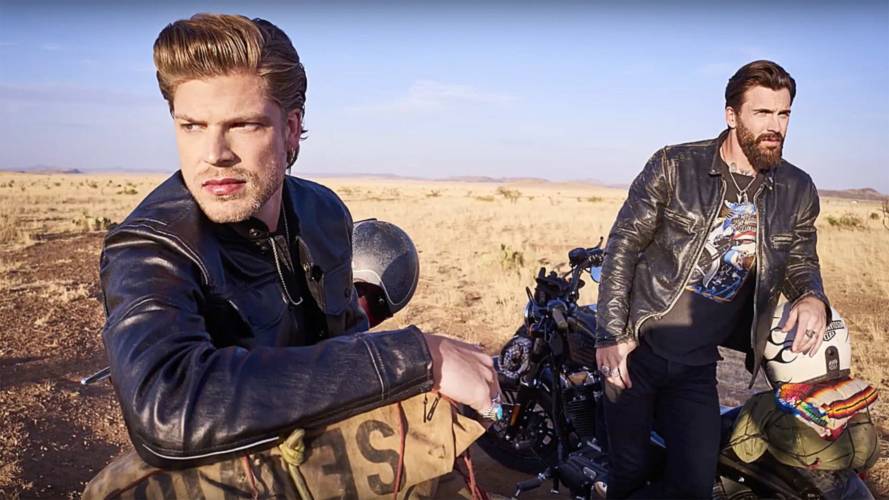 Nothing says rebel without a cause quite like great hair

On account of those pesky helmets, at it's surface, motorcycles and good hair seem to be a bad fit. Men's haircare and grooming products company, American Crew however beg to differ. The company announced that they have partnered with Harley-Davidson as part of a new marketing campaign aptly titled "Style for the Road".

Listen, we're all for looking our sharpest while out riding, so if American Crew can actually help make that happen, then we're all for it. As RideApart works on it's helmet hair issues, here's the obviously-trying-hard-but-still-rather-cool video American Crew created to kick off their their campaign with H-D.

AMERICAN CREW AND HARLEY-DAVIDSON COME TOGETHER TO CELEBRATE SHARED HERITAGE

The Brands Will Collaborate on Integrated Campaigns and Events

New York, NY June 4 th , 2018 – American Crew, the professional leader in men’s grooming, is excited to announce it is teaming up with Harley-Davidson Motorcycles. These two iconic brands, globally known for paying homage to their heritage and values, are working together to craft unique experiences and events for consumers worldwide.

“This collaboration with Harley-Davidson is a milestone in the life of American Crew, which is very close to its 25th anniversary of serving professionals and consumers” said David Raccuglia, founder of the American Crew brand. “We’re looking forward to connecting the brands through our shared values of freedom and self-expression.”

Raccuglia, a top editorial photographer, shot the upcoming American Crew and Harley-Davidson advertising campaign, Style for the Road, in Marfa, Texas this past spring. The images will appear in advertising and brand collateral in salons and barber shops around the world. The two brands will come together in several social media activations and public relations initiatives over the course of the partnership, including Harley-Davidson’s 115 th Anniversary celebration in August.

“Both American Crew and Harley-Davidson, two leading brands in their categories, will have mutual benefits through the digital collaborations and exchanges in consumer and professional events” stated David Carvalho, Global President of Portfolio Brands at Revlon. “Over the coming months, our new campaign, Style for the Road, will bring together the strength and values of both brands, supporting our key American Crew initiatves”

To kick-off the collaboration, American Crew filmed and produced a short film, featuring both iconic brands, which can be viewed on American Crew’s Youtube page today. The full Style for the Road campaign will go live in July.

Started by David Raccuglia in 1994, American Crew became the professional leader in men’s grooming, defining men’s style, hair care and grooming trends. Today, American Crew is distributed in more than 30,000 salons across over 40 countries. The American Crew family of grooming products delivers everything needed to create and care for men’s styles including products in the hair, body, shave, style and fragrance categories, available exclusively in salons, barbershops and authorized retailers. American Crew has an ongoing commitment to elevating men’s style and enhancing their personal image, and provides education, marketing and imaging support to help stylists communicate the brand’s vision of men’s grooming and fashion – classic style, reliability and confidence – to the marketplace. For more information, visit www.americancrew.com.