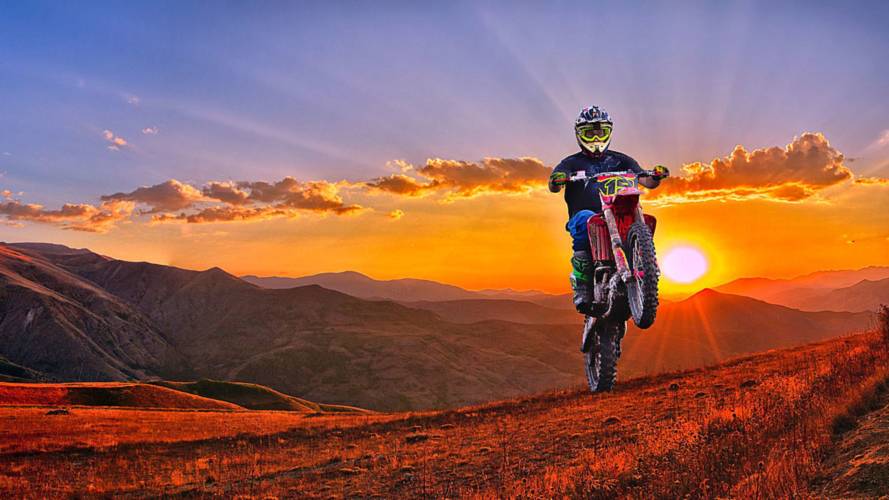 Motorcycles in the wild have a world of their own and Moto Planet takes a look at some elusive specimens while opening up the world of motocross.

After learning more about the lives of sloths and snow leopards, time to discover what motorcycles are up to in the wild

"The elusive two-stroke stalks its prey: the checkered flag. While it usually hunts alone, this specimen will have to compete against a flight of opponents to reach its goal. The season has been harsh and it’s not the only one hungry, yet if it doesn’t feed, it will not survive winter.”

Is this the new Planet Earth? Not exactly, but you get the British narrator, the animal references, and the sweet camera moves. This is Red Bull's Moto Planet!

DIRT BIKE IN THE WILD: 11 Tips for Riding Off Road

You might or might not be familiar with BBC’s Planet Earth. Narrated by the legendary Sir David Attenborough who gives the documentary its fascinating personality, the absolutely beautiful imagery tells the tale of more and less common animals, from the ocean depths to the highest peaks. If most people want Morgan Freeman to narrate their life, I’m on team Attenborough.

PUTTING THE ADVENTURE BACK IN ADVENTURE BIKE: Eight Adventure Bikes You Can Actually Take Off-Road

Now, Red Bull isn’t a company that does things the usual way. Between the Crashed Ice event where a handful of daredevils speed down an icy ramp and the stratosphere-jumping Austrian that skydived from 24 miles up, it’s hard not to associate the brand with the term “extreme”. Their marketing ideas definitely are. Heck, they even have an F1 team!

Their latest stunt takes a comical yet informative turn thanks to the three-part documentary Moto Planet that focuses on the “World’s Most Demanding Motorsports”. Season one, narrated by a Sir Attenborough sound-alike, takes you off the beaten paths and introduces the viewer to different motocross disciplines.

BACK TO THE ROOTS: Leaving the Office Grind to Become a Moto Tour Guide

Hopefully this is only a beginning! Not only is there much more to explore in the realm of “demanding motorsports”, listening to the narrator is quite soothing. Which motorsport should come next?