Let's All Tell Moto Guzzi What to Do 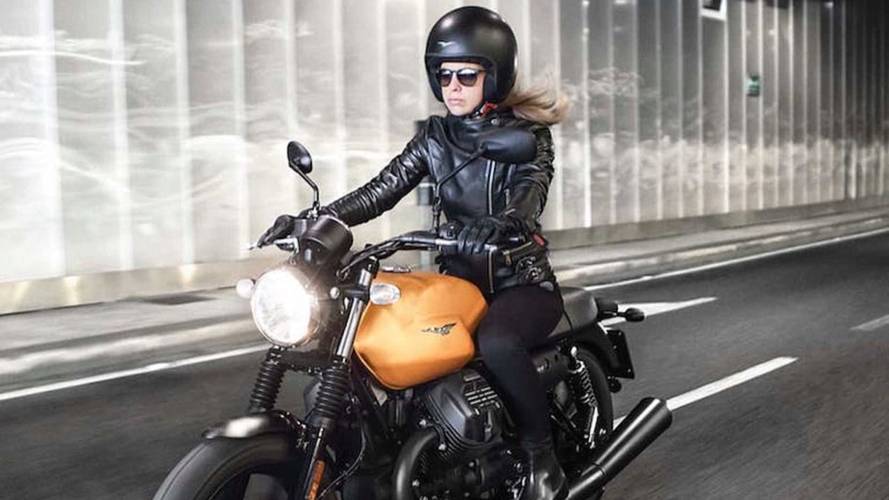 As the company nears its 100th birthday it is in need of change at the top.

You think I'd be getting the hang of these "Let's Tell So-and-So What to Do" articles, but this is a tricky one. Moto Guzzi is one of Italy's most beloved brands. Or, perhaps it would be better to say it's one of the world's most beloved Italian brands. Whatever the case, it's been floundering lately but the fix, as I see it, isn't very easy.

Let's All Tell BMW What to Do

On the surface, it’s easy. Moto Guzzi has been withering on the vine so long you don't have to be terribly specific in suggestions: “Do anything, guys. Literally anything. Well, no. You seemed to have tried that approach in making the MGX-21. Don’t do that. But do something.”

That’s not very constructive, though, is it? Moto Guzzi has some of the most fiercely dedicated fans in the world. The 97-year-old brand has gone into a kind of coma over the last decade—one can’t help but draw parallels to an old man who just sort of hangs on in a care home, waiting for death—but surely, with all that goodwill, it has the capacity to recover.

Moto Guzzi was founded in 1921 by World War I pilot Giorgio Parodi and mechanic Carlo Guzzi. Carlo got his name on the badge because he actually made the things. Whereas Parodi—and his brother, Angelo Parodi—bankrolled the endeavor. When the idea for the company had first been formed during the waning days of WWI there had been a third man in the mix, pilot Giovanni Ravelli. Sadly, he was killed in a plane crash just a few days after the war’s end, so never got to see his dream come to fruition. Reportedly, it is in homage to Ravelli that Moto Guzzi incorporated an eagle into its logo.

The crew set up shop in Madello, a small town on the shores of Lake Como, north of Milan, and almost immediately started taking part in the proud Italian motorcycling tradition of swinging wildly from boom to bust. In the 1950s, Moto Guzzi, Gilera, and Mondial dominated the world of Grand Prix racing. You’ll note those other two don’t really exist anymore. Moto Guzzi, meanwhile, plummeted into financial crisis.

Can that eagle become a phoenix?

I’m not sure Piaggio has been the best steward of the brand. For the most part, Moto Guzzi has done very little since its Aprilia days. Yes, a number of models were released within a year or two of Piaggio taking over, but I think it’s fair to assume most would have been in development before 2004.

By and large, Moto Guzzi has simply limped on, either tweaking old designs or executing style-over-substance-driven blunders. I say “by and large” because the California 1400, introduced in 2013 (nine years after Piaggio took the reins, so probably not a leftover from the Aprilia days), was a hell of a lot more than just a tweaked version of the California first introduced in 1971.

The California 1400 is generally well regarded amongst the moto-chattering classes, but for every success there have been just as many stinkers. The MGX21, for example. Based on the California platform, the Darth Vader-esque bagger turned out to be something of a disaster, with fairing that will start to lift the bike in excess of 80 miles per hour. Additionally, I know a moto-journalist who has video on his phone of boiling-hot fuel erupting, lava like, from an MGX21 gas tank—caused by the tank getting too hot in the sun.

The V9 Bobber is another goof. It doesn’t actually look anything like a bobber and handling is notoriously poor. A British mo-jo friend of mine described it as the worst bike he’d ever ridden. Meanwhile, I can't say I have a great deal of faith in Moto Guzzi to get its forthcoming V85 adventure machine right. Certainly the Stelvio was not without its problems.

So, from all this we get two main points: Firstly, Piaggio needs to invest more in Moto Guzzi. Secondly, Moto Guzzi needs to remember what it is.

I liked the look of the Stelvio, but tales of its bad electronics and tendency to overheat put me off.

Until that first issue is addressed, however, I’m not sure it matters what good ideas we may or may not have for the Moto Guzzi brand. I mean, yeah, I’d like to see the Griso brought back as a Euro V-compliant machine. Finally getting a chance to ride the BMW R nineT recently has convinced me there is room in the motorcycling universe for similar motos. Equally, I’d love to see the Stelvio brought back, but as an even more road-focused bike—one that doesn’t overheat on spring afternoons, and that has electronics that actually work.

Meanwhile, if we were to get into the nitty gritty of what Moto Guzzi should be doing, a lot of my suggestions would revolve around making bikes that can be relied upon to function regularly. I’m big into bikes with character, but a motorcycle that spends a lot of time in the shop loses its charm very quickly.

As I say, though, all that’s not terribly relevant. Moto Guzzi finds itself in a situation of what things might have been like back in 1921 had the Parodi brothers not been on board. It’s not really getting the financial support it needs. I’m not saying Piaggio’s a bad company—it certainly makes great scooters—but I get the feeling it’s not that passionate about motorcycles. Look at the state of Aprilia—another Piaggio brand that’s gone stagnant. Or worse yet, Gilera.

So, perhaps what Moto Guzzi needs is yet another buyout, this time with people who love motorcycles—Moto Guzzis in particular—at the helm. Imagine a situation similar to when Harley-Davidson managed to pull itself away from the disinterested management of AMF. That could lead to a real renaissance.

Moto Guzzi’s fans are die-hard. If Moto Guzzi could find financial backers that truly understood what makes those fans so passionate it would stand a real chance of returning to glory.

No arguing that the V7 series of bikes is sexy, though.